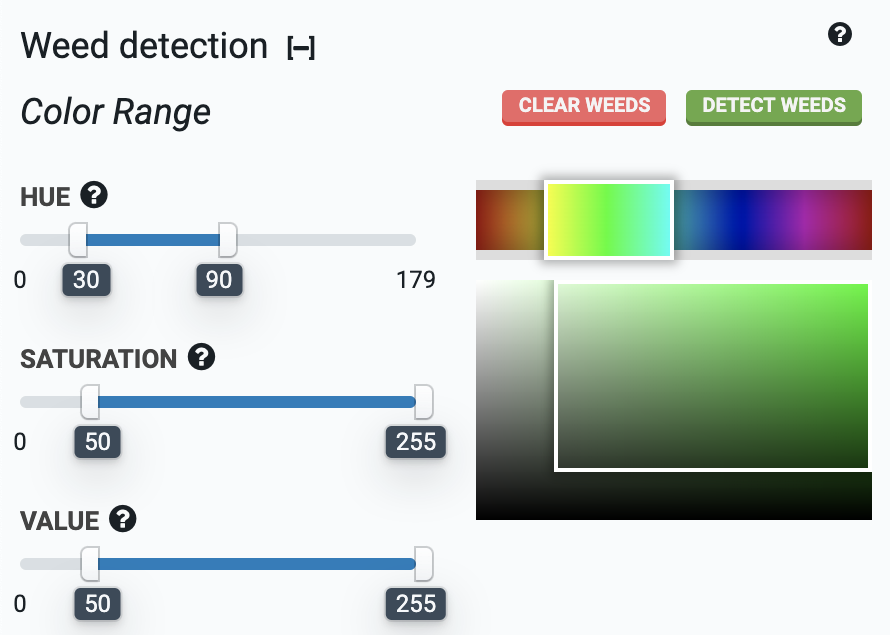 Move the FarmBot over a section of soil. Press detect weeds to instruct FarmBot to take a photo and then process that image with the weed detection software. Any weeds found in the image will appear in the map, and be listed as PENDING in the weeds panel. See Weeds for additional information. 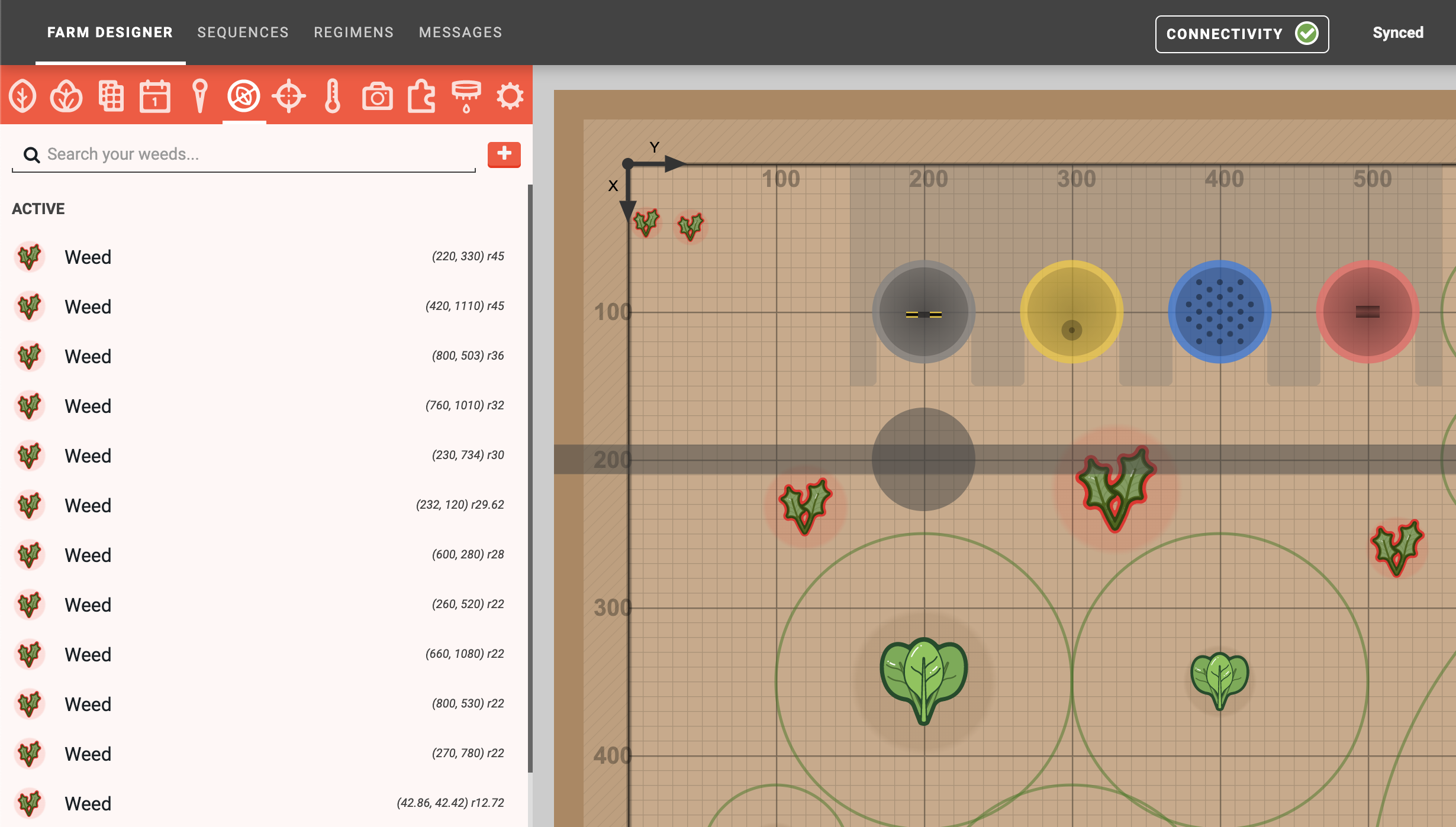 Detect weeds across FarmBot’s entire bed by creating a sequence of movements in a grid pattern with a detect weeds command at each grid point. For step-by-step instructions, see the Scan the Garden for Weeds How-to guide.

Weed removal can be performed by creating a weed removal sequence that uses the weeding tool on weeds in the farm designer. 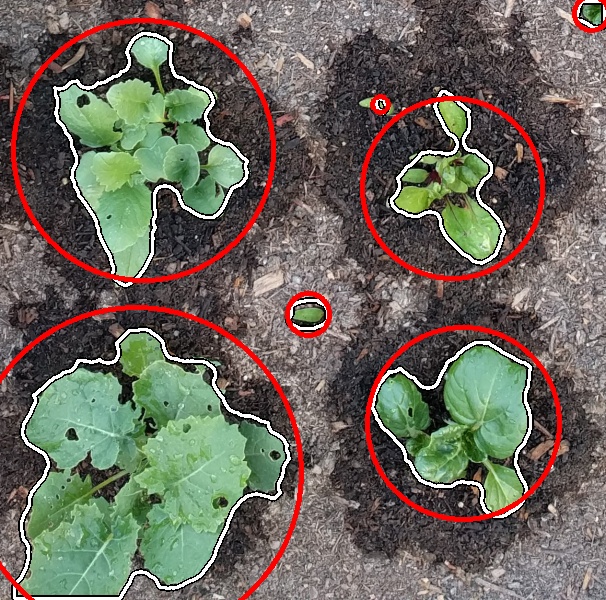 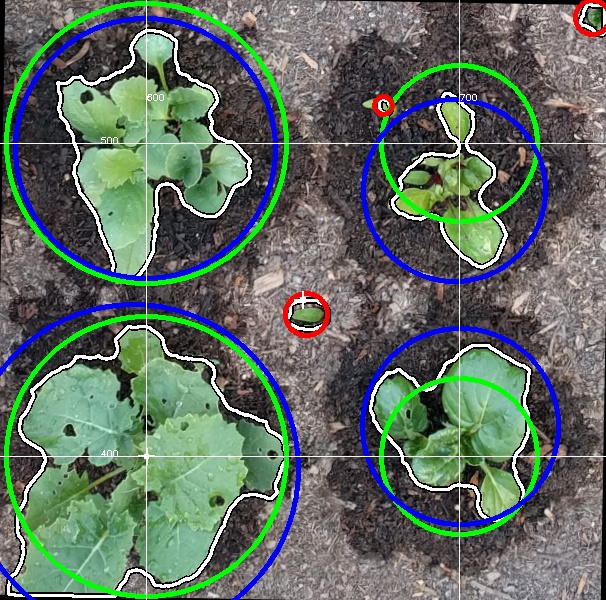 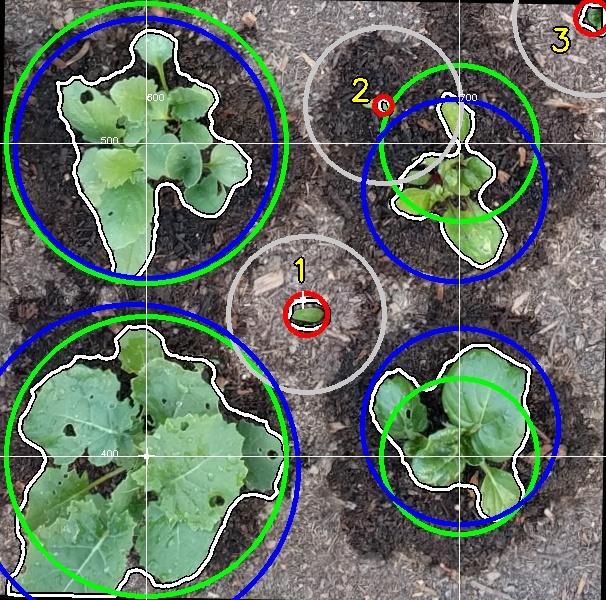 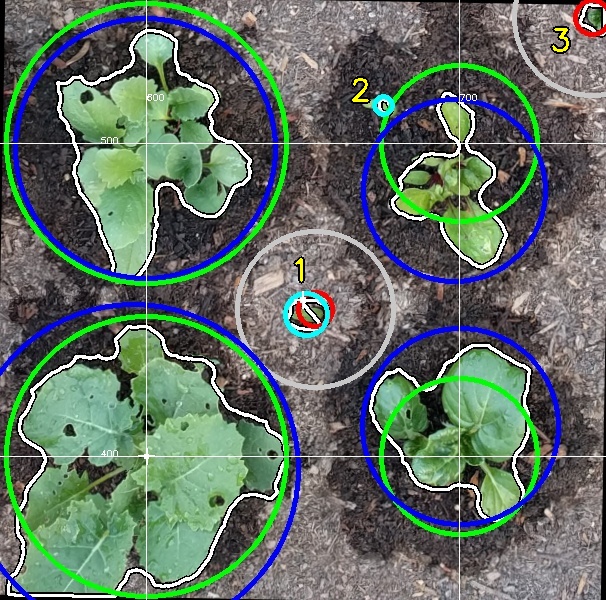 These advanced settings are not shown by default.

Once an image has been taken with the camera, the weed detector software will process it. There are several advanced processing parameters (BLUR, MORPH, and ITERATION) that can help you fine tune the system to perform the best in your environment. The default values should work in most circumstances, though if you are seeing poor results or working in a non-standard environment, you may adjust these settings to further tune your system.