Major releases of FarmBot OS may have breaking changes that allow the greater platform to move forward at the cost of older features no longer working. Breaking changes are usually internal and have no effect on everyday users. However, action is occasionally required on the user’s end. For example, with the release of FarmBot OS v10, users were required to manually update some sequences using an old version of the MARK AS command. 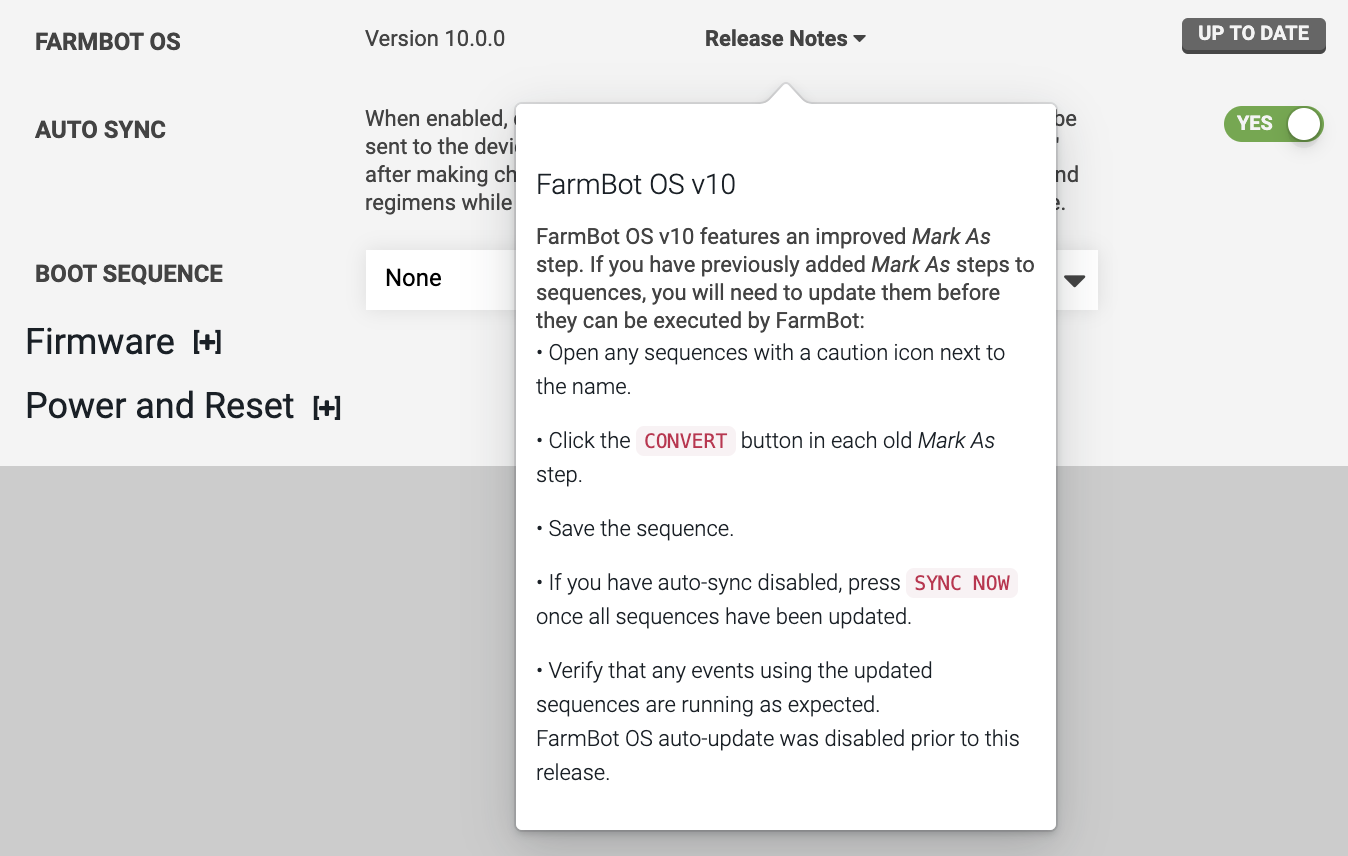