For FarmBot Express bots only

Stall detection settings are only available for FarmBot Express bots. FarmBot Genesis users should refer to the encoders section.

The stall detection feature for FarmBot Express bots utilizes the Trinamic TMC2130 stepper drivers’ capability of measuring back-current as a way of determining motor load, and thus when a stall has occurred. For more details, see the stall detection hardware page.

When tuning stall detection, here are some tips:

The bot considers that it has stalled when the motor load goes over the MAX MOTOR LOAD. Each axis will need different settings, and you may not find settings that give good results for all of the axes. If so, just disable stall detection for now until the next software update that includes improvements to the stall detection system.

Maximum motor load (out of 100) as determined by the stepper driver before a motor is considered to have stalled. To tune this setting, navigate to the controls panel and open the MOTOR LOAD popups to see how your bot performs under various movement conditions. You should test:

MAX MOTOR LOAD should be high enough to prevent false stall detections and low enough to ensure that when the bot does stall, it is correctly detected. 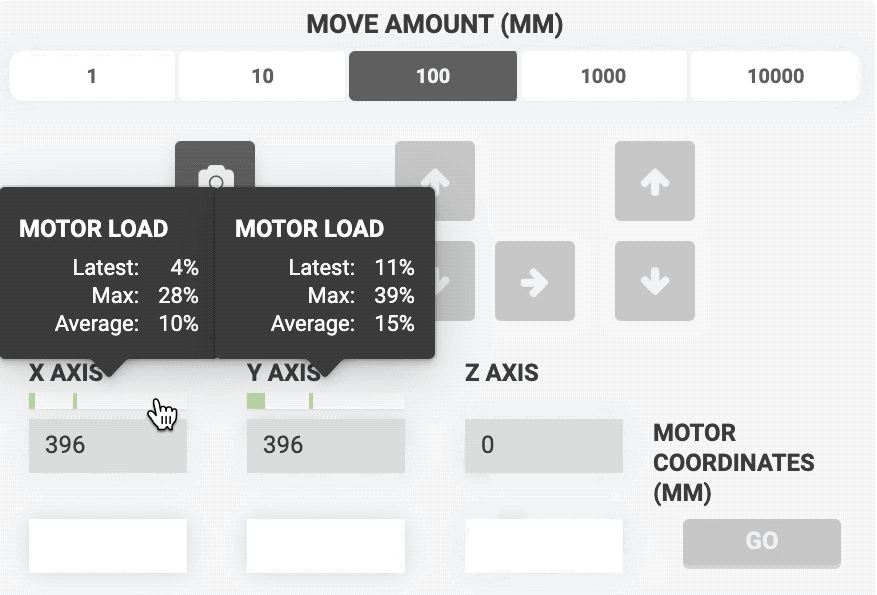 The stepper drivers are only capable of identifying stalls when instructing the motors to move at higher speeds. Thus, when the bot is accelerating at the beginning of a movement and still moving slowly, it is not possible to correctly identify a real stall. GRACE PERIOD is the number of steps for stall detection to ignore during acceleration.

If you find that FarmBot is detecting false stalls at the beginning of movements, you may increase the GRACE PERIOD value to ignore more of the beginning of the movement. You should not set the value too high otherwise it may take FarmBot much longer to detect when a real stall occurs.