Sequences are not limited to a single variable. To add additional variables click ADD VARIABLE in the sequence header as many times as needed or select Add new in a sequence step dropdown.

If you already have a sequence scheduled for use in regimens and events, you can still safely add additional externally defined variables and FarmBot will continue to run the sequence using the DEFAULT VALUES of the new variables. Any regimens or events which you want to run with a different variable value will need to be updated.

Only unused variables can be removed. 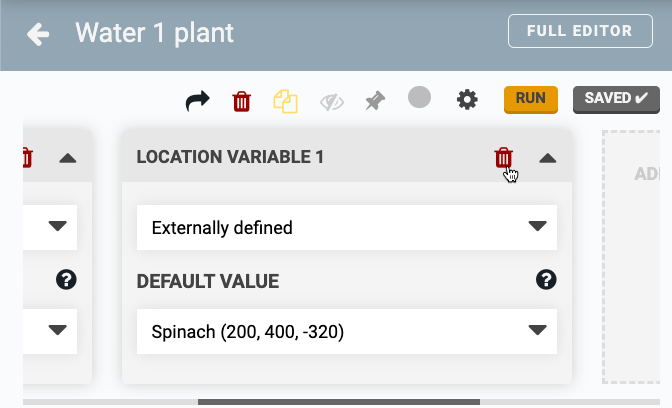 To keep track of what each variable is used for, click the variable’s title to add a custom name.

Variables cannot be renamed once in-use by sequence commands, so do the naming up-front.

As variables are added, updated, and removed, their corresponding listing in sequence step dropdowns will be updated. 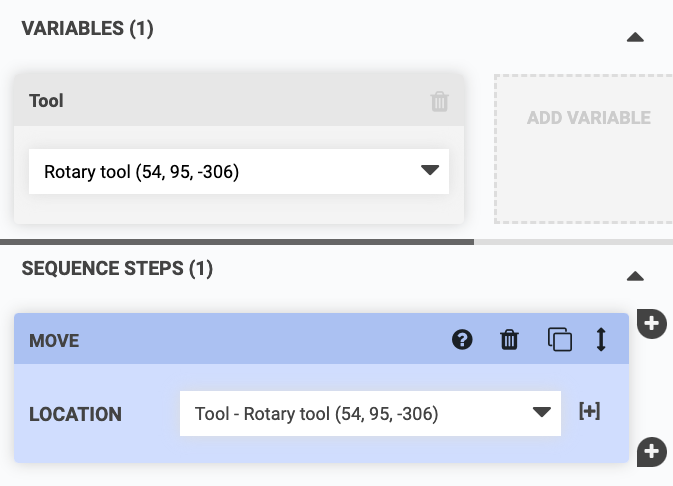 Only one group variable is allowed per sequence